OWNED AND OPERATED BY THE MILLER FAMILY SINCE 1973 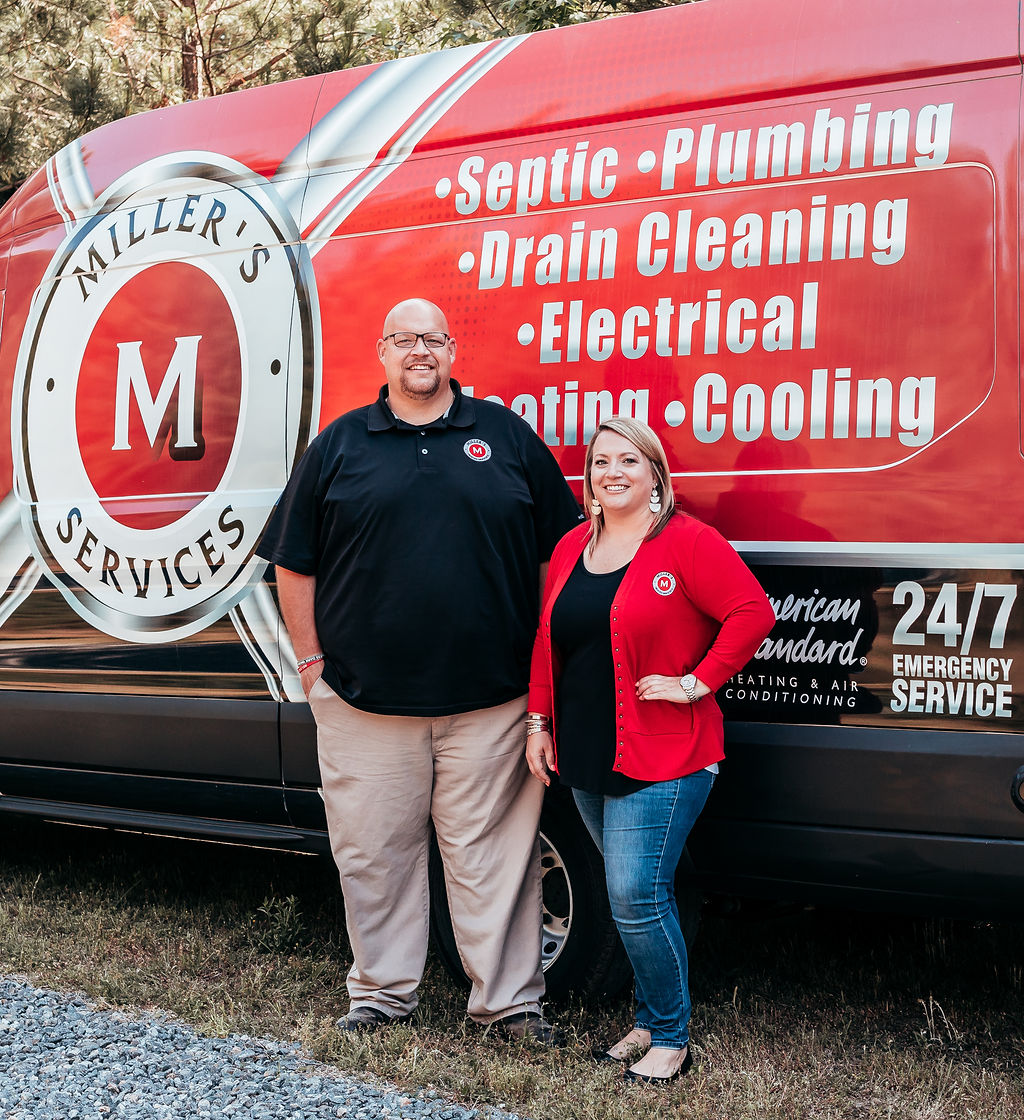 Miller’s Septic Tank Service was founded in 1973 by Mr. James Lee Miller, Sr. (“Lee”) and his wife Mrs. Mary M. Miller in Gloucester, Virginia. At the time of his retirement from the Naval Weapons Station, the late Mr. Miller sought to establish a company that would serve his friends and neighbors and continue to provide a living for his own family. The company was initially designed to perform septic system pumping and disposal services for residential and commercial customers on the Middle Peninsula of Virginia. The company was then purchased by Lee’s son and his wife, and grandson, Mr. James Lee Miller, Jr. (“Jim”), Mrs. Sallie Miller, and Mr. James Lee Miller, III (“Jamie”) in 2002. During this time, Jim served as President, Mrs. Miller as secretary/treasurer, Jamie as Vice President, and Ashley Miller joined as General Manager in 2007. Two decades later in 2022, ownership transitioned to Jamie Miller, CEO and Co-Owner, as well as Ashley Miller, CFO and Co-Owner. The company remains family owned and operated to this day. 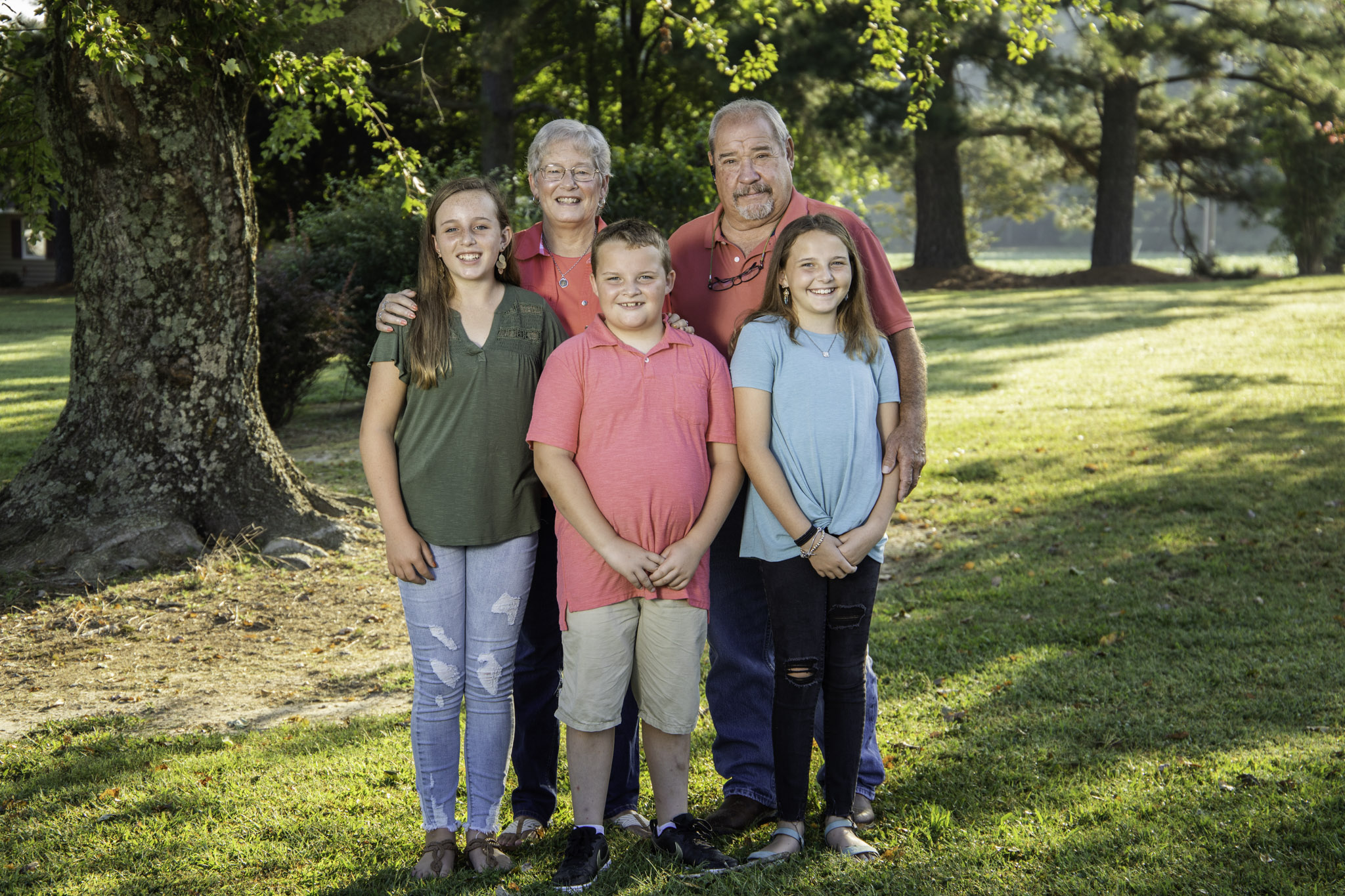 From 2002 to 2015, the company grew in the septic industry offering all services including pumping, repairs, maintenance, and installations for residential, commercial, and municipal customers. Between 2015 and 2016, Miller’s Septic Service began rebranding to “Miller’s Services” in an effort to offer more than just septic services to all customers. Today, Miller’s Services is a market leader and offers full septic, plumbing, drain cleaning, heating and cooling, and electrical services. In 2019, Miller’s Services launched their four year Registered Apprenticeship program in partnership with New Horizons which offers classes and on-the-job training for three of our five trades. The company currently employs nearly 90 personnel, including licensed master plumbers, HVAC technicians and electricians, has a fleet of 70 pumping and service vehicles, and its own inventory of excavation equipment. Our primary service area includes the Middle Peninsula, Northern Neck, Richmond and surrounding counties, Hampton Roads, and the Southside.

We are a Class A licensed contractor in the Commonwealth of Virginia with classifications SDS, H/H, and BLD.  We also hold a DPOR Operators and Installer license and are licensed and qualified to maintain, repair, and install all conventional and alternative septic systems.  Miller’s is also a member of NAWT, NEHA, NSF, VOWRA, and NOWRA. 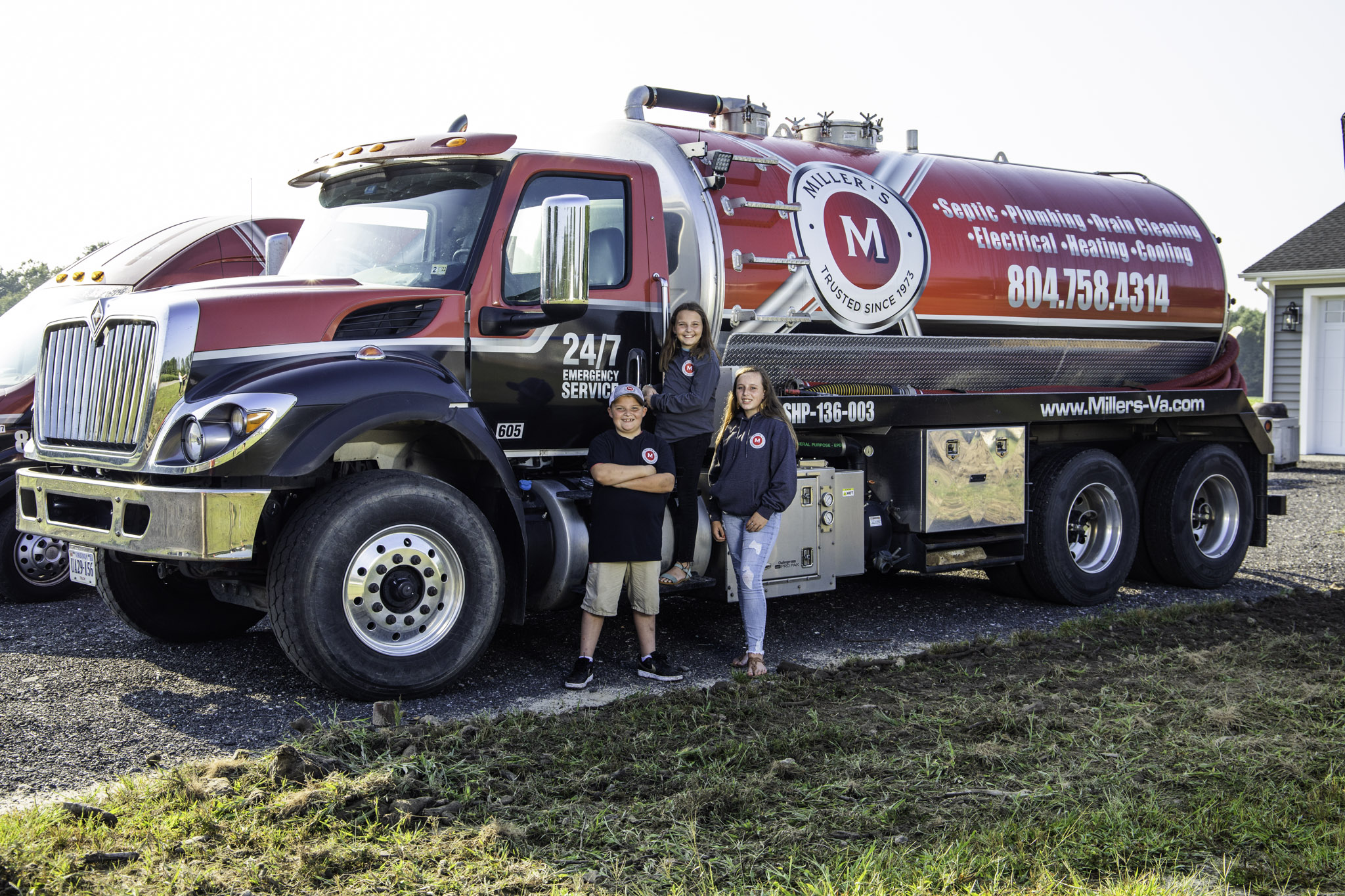 Miller’s Services is SWAM (Small, Minority, and Women Owned) Certified, has an A+ rating with BBB, has been voted in Inc. 5000’s Fastest Growing Companies and is a multi-year winner of Coastal Virginia’s Best Of.

Our mission is to serve our customers, their families and businesses to the highest level possible through well-trained and certified team members, state of the art technology and equipment, and our usage of high quality, lasting materials and products.  Our family owned and operated business ensures personal service and commitment with every customer we serve allowing us to forge long-standing relationships.